Recorded at the picturesquely set Monochrom Studio, People from East  from the duo Diomede echoes experiences and exploits of the two artists, and projects their perspectives on music. Simple melodies and harmonies of the album are inspired by folklore and improvised music, encompassing and transcending jazz.

Diomede’s idea is a space-and-time oneness with listeners, a journey deep inside the music and inside the experiencing self.

People from East was published on 25 October 2017. Diomede are composed of Tomasz Markanicz (saxophones) and Grzegorz Tarwid (piano).

Tomasz Markanicz – saxophonist, composer, founder of the jazz quartet STAFF, with whom he performed nationally and internationally and participated in various music competitions (including wins at Gdynia Jazz Festival in 2005, runner-up at the Klucz do Kariery Festival in Gorzów Wielkopolski in 2006, Krokus Jazz Festival, Leiden Festival 2006, Göttingen Jazz Festival 2007). Currently collaborating with the pianist Grzegorz Tarwid in the Diomede music collective; they recorded their first album at the Monochrom Studio in the spring of 2017. Tomasz Markanicz’s music spans many genres, held together by his improvisational explorations. He is also a sought-after session musician, and a composer for film, theatre, and other occasions.

Grzegorz Tarwid – pianist, composer, apprenticed first to Polish piano masters: the trad jazz veteran Wojciech Kamiński, then Andrzej Jagodziński and Michał Tokaj; later educated in Copenhagen and inspired by the Danish free jazz school: Jacob Anderskov and Carsten Dahl among others. He has performed with the likes of Zbigniew Namysłowski, Kazimierz Jonkisz, Albertem Beger, Maciej Obara and Tomasz Dąbrowski. He currently plays in his own quartet (with Maciej Kądziela, Andrzej Święs and Krzysztof Szmańda), the Jachna/Tarwid/Karch trio, the Shelton/Tarwid/Jacobson/Berre quartet, and the Franciszek Pospieszalski Sextet. 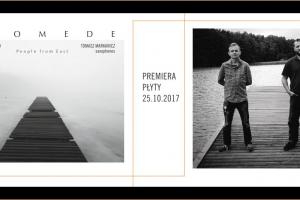 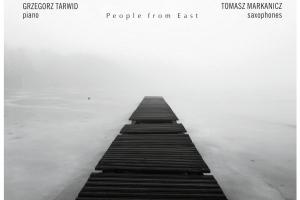 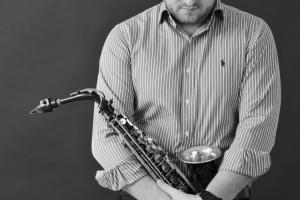 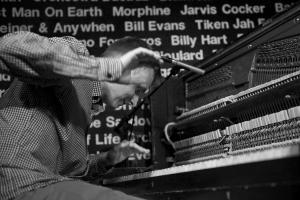