Follow Dices is a group of four young, talented and outstanding musicians: Mikołaj Kostka, Franciszek Raczkowski, Jan Jerzy Kołacki and Adam Wajdzik. The violin, indirectly associated with jazz music, showing a wide variety of improvisation possibilities in the hands of Kostka, and being at the same time a particular strength of this ensemble, piano, bass and drums form an acoustic jazz quartet.

A violin aficionado and an aesthete. An experimenter balancing between virtuoso audacity and ascetic minimalism in music, at times bordering on silence. Currently a student at Karol Szymanowski Academy of Music in Katowice. A co-founder of Raczkowski/Kostka Duo and the leader of Follow Dices, an ensemble that won an award at the XIII Hanza Jazz Festival and received accolades at the Blue Note Poznań Competition 2017. Maciej Obara said about him: ‘Without doubt Mikołaj Kostka displays exceptional talent for composition. His strengths are touching musicality and beautiful sound. Enchanting in his music, he does not shy away from the abstract in his renditions. A versatile artist’.

A pianist sensitive to every detail. An impressionist. An improvisor who skilfully entwines the classical idiom with his idiosyncratic musical language, with the former being the root of his identity as a pianist. His music can be discovered in a few stylistically varied albums, i.e. Przemek Kleczkowski’s ‘Time’ and Królestwo Beskidu’s ‘Hala’, as well as in the music of ensemble such as the Vibe Quarter or Follow Dices (an ensemble awarded at the Krokus Jazz Festival, the Hanza Jazz Festival and the Sibiu Jazz). He is the laureate of the VIII Contest of Jazz Improvisation in Katowice. His debutant album (Franciszek Raczkowski Trio – Apprentice, released by ForTune) earned many enthusiastic reviews. Jan Ptaszyn Wróblewski believes that Raczkowski’s music is one with great hopes for the future. The same music can be found in an anthology of Polish pianists published in Japan – together with the music of Sławek Jaskułke, Leszek Możdżer and Michał Tokaj.(Polish Pianism, published by CorePort, 2017).

A Second Degree graduate from the Poznan School of Music. Currently a student of Jazz and Popular Music in the Instrumental Faculty at the Karol Lipiński Academy of Music in Wrocław. He attends Dr Przemysław Jarosz’s percussion class. He took part in many extracurricular courses and workshops led by Paweł Kaczmarczyk, Krzysztof Gradziuk or Derrick Mc Kenzie. As a percussionist he collaborates with a variety of ensembles which perform jazz, funk, fusion, pop and rock. He was awarded first prize at the VIII RCK Pro Jazz Festival in Kołobrzeg where he performed with an ensemble Izotop and first prize at the XIII Hanza Jazz Festival where he performed with an ensemble Follow Dices.

The group in present shape has only existed for a year, but it already has a plenty of success. In October 2017 it became a laureate of Hanza Jazz Festival in Koszalin and was also awarded on Blue Note Poznań Competition 2017.

A debut album of the ensemble, called "Eternal Colors" was released in May 2018, by an independant label SJ Records.

The material was recorded, engineered and mastered in a stunning Monochrom Studio, located in Gniewoszów (Kotlina Kłodzka) by Ignacy Gruszecki. The album consists of 13 original compositions, 7 prepared before entering the studio have been joined with 6 interludes created as a result of a direct interaction of group members during three days of recording.

The premiere concert took place on 13th May in the Grand Hall in CK Zamek in Poznań.

The story told by the musicians is, as the artists say themselves: the tale about the world, the record of our feelings, impressions and emotions, it's an intimate story, dressed in a shape of acoustic jazz quartet, it's the essence of our musical sensitivity.

Eternal Colors - the title of the album suggests impressionistic inclinations of the ensemble, combined with a metaphisical concept of sound, intangible and inexpressible and at the same time as if everlasting according to Horatio's "non omnis moriar.

(...) The music is a wonderful amalgam of Jazz and Polish Folklore influences, with traces of contemporary Classical and Nordic ambiance. The separate pieces can be easily conceived as a continuous suite, as they present a coherent compositional unity and harmonic consistency, as well as stylistic European Jazz aesthetic. Although based on solid melodic themes, the music is generously open and allows free improvisation between the melodic statements. Constantly floating rhythmically and harmonically, the music is in many aspects an epitome of modern European Jazz at its best, presenting intellectual and emotional involvement complementing each other in perfect equilibrium.(...)

very much surprising is the sophisticated way of presenting the lyric of this album by the quartet.

stunning debut effort, (…) music of such quality and depth. 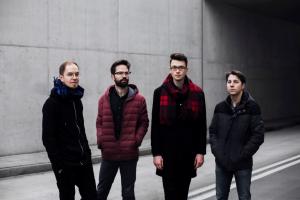 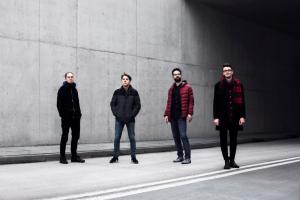 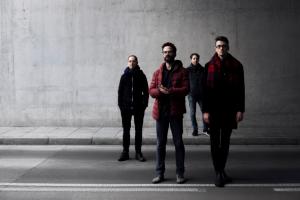 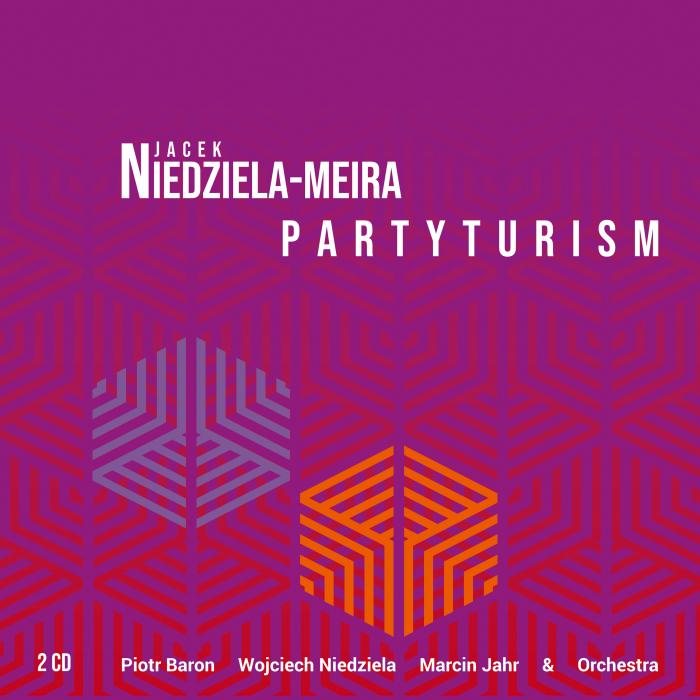